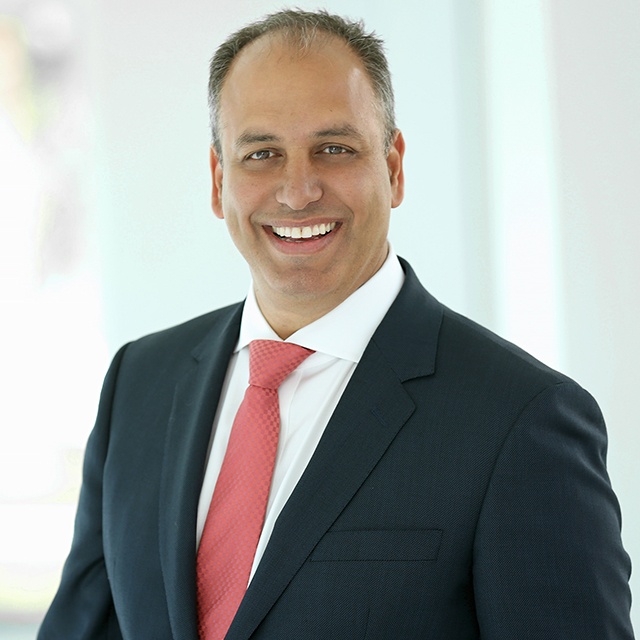 Wael Barsoum, MD, is the CEO and President of Cleveland Clinic Florida and a member of the Cleveland Clinic Board of Governors and Executive Team. Dr. Barsoum has a clinical practice as a staff Orthopaedic surgeon. He specializes in adult reconstructive surgery, including primary/revision hip and knee replacement, hip and knee reconstruction, and knee arthroscopy. He also holds a joint appointment in the Department of Biomedical Engineering and is involved in the training of future physicians as a Professor of Surgery at the Cleveland Clinic Lerner College of Medicine at Case Western Reserve University.

Dr. Barsoum is an avid researcher and innovator who leads a productive research team. He holds the Robert and Suzanne Tomsich Distinguished Chair in Healthcare Innovation. He is the principal investigator for a variety of clinical, basic science, and translational studies and has over 40 granted or pending patents. He has over 100 peer-reviewed publications, several textbook chapters, and a national and international speaker on the topics of Lower extremity joint replacement, and health care reform. He is the Co-Primary Investigator on a Third Frontier grant funded by the State of Ohio, for which he has designed patient-specific customized tools and instrumentation for total hip, shoulder and spine arthroplasty. He has been inducted into both, the Knee Society and Hip Society. He is the Co-Editor in Chief of The Journal of Hip Surgery. Dr. Barsoum has received the Cleveland Clinic Foundation Innovations Award ten times, including the prestigious 2011 Sones Award for Innovation. He has served as a member of several design teams for a variety of orthopaedic instruments and implants.