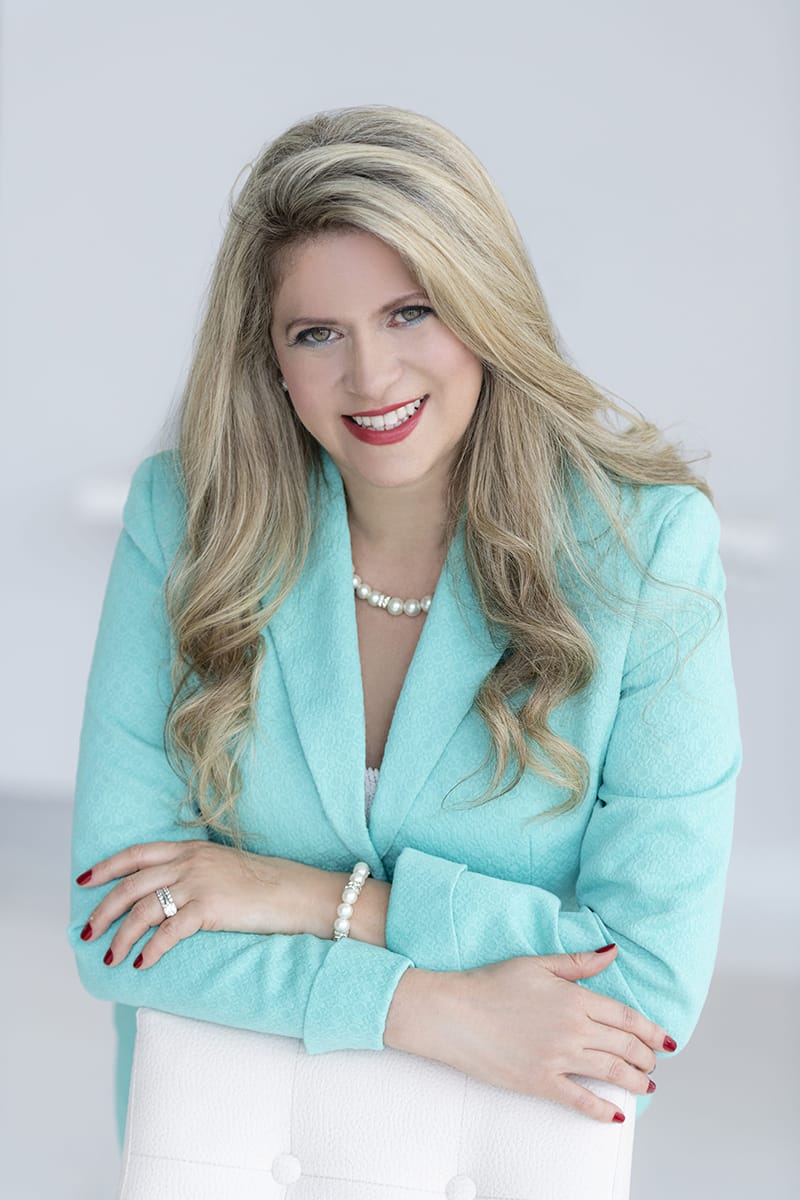 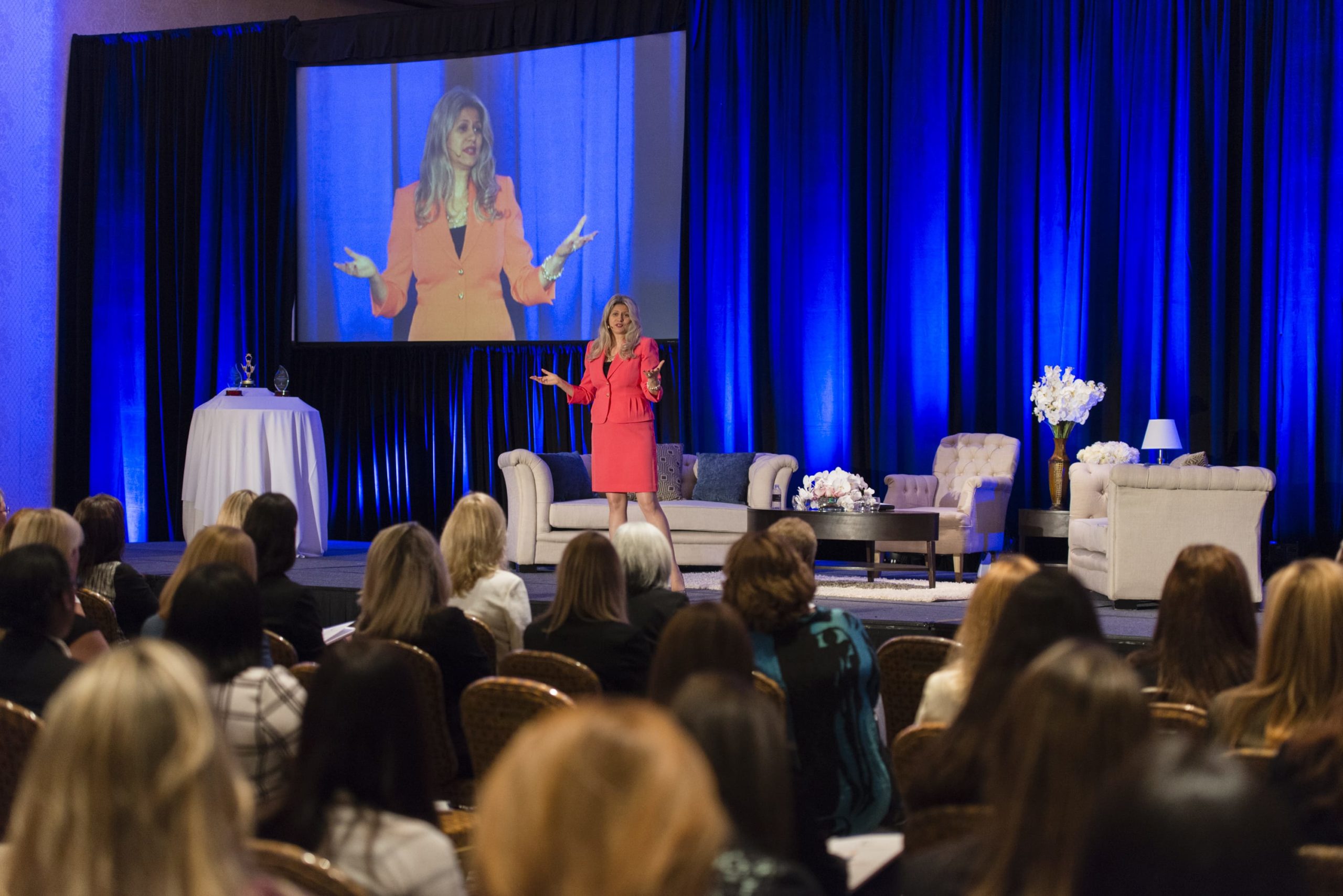 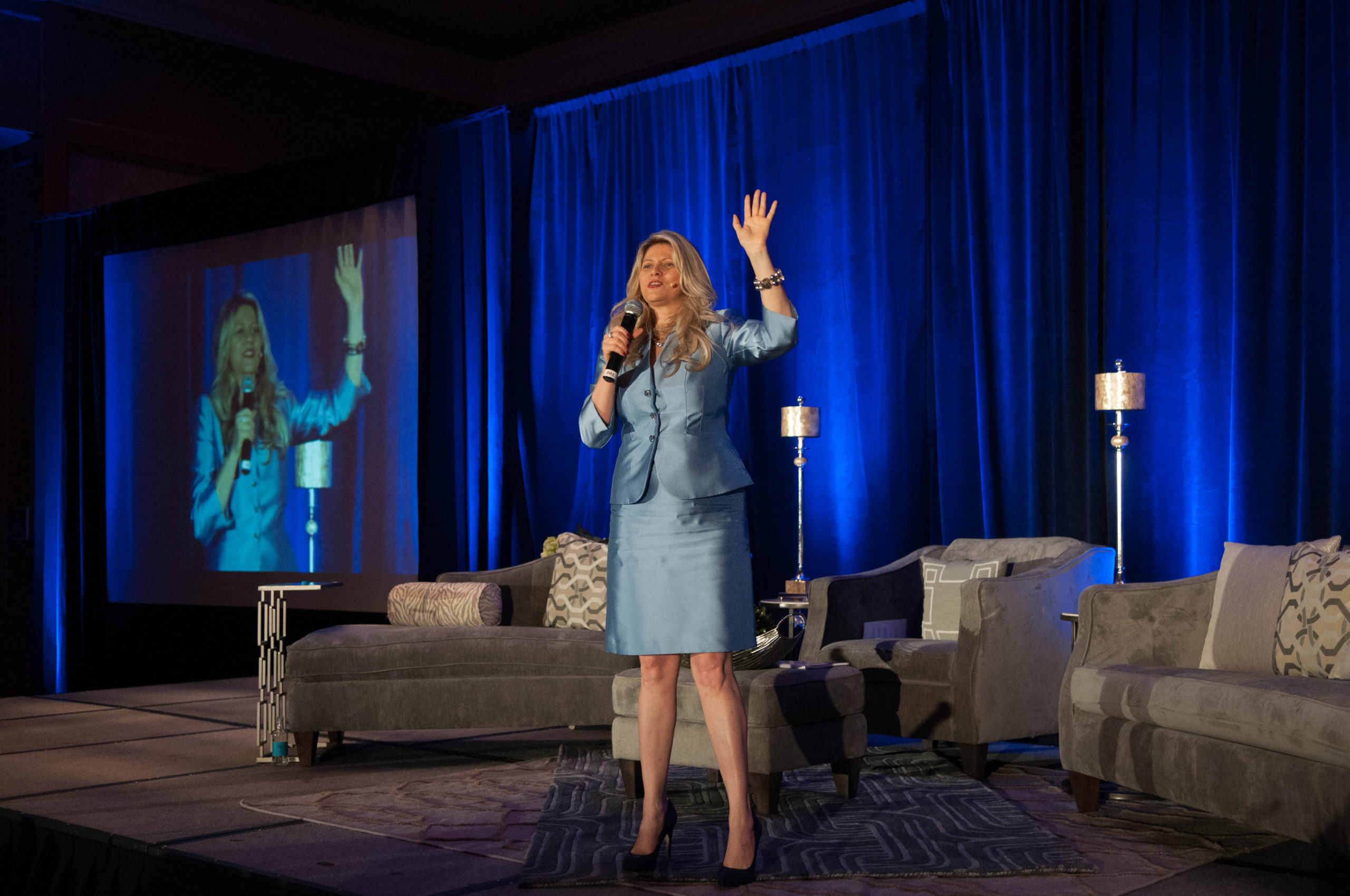 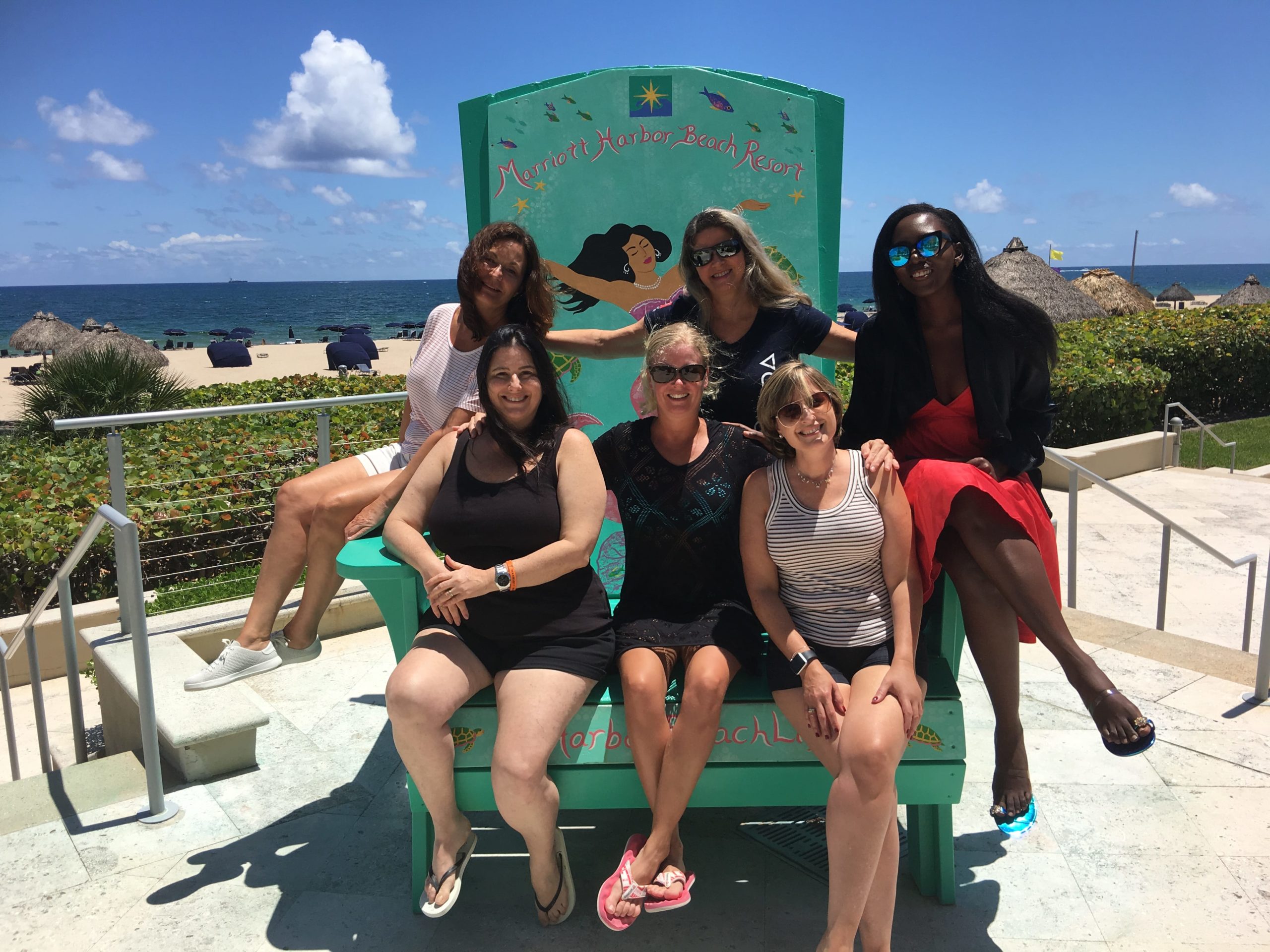 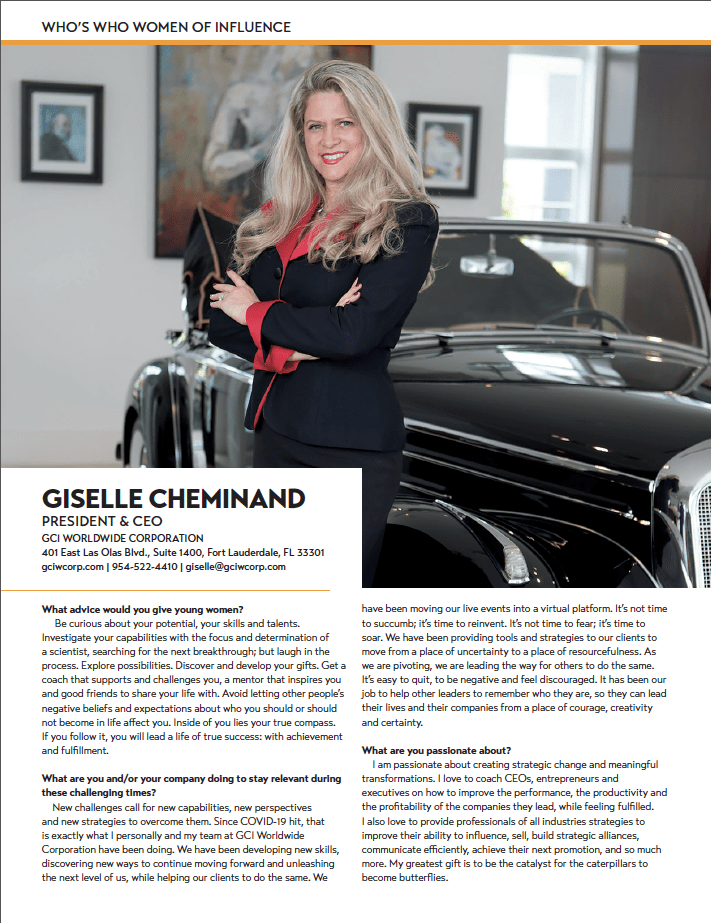 Giselle Cheminand is the President and CEO of GCI Worldwide Corporation. She has coached and consulted Executives from Fortune 100 and Fortune 500 companies, serving clients such as Mass Mutual, FedEx, Embraer, Tenet Health Corporation, Walgreens, Banco do Brasil, among many others. She has trained numerous blue-chip corporations nationally and internationally. She has carved a niche in the business world, working with corporations, executives and entrepreneurs, coaching them to enhance their leadership skills, make a difference, develop their talents, advance their careers and tap into their profit-earning potential.

She has been a leader in every endeavor she decided to pursue. Some of her accomplishments include projects that maximized sales in Fortune 100 & 500 companies, enhancing productivity, performance and profitability. She received the most prestigious award in record time from Tribune company for exceeding quotas in an exceptional manner and for creating projects that multiplied the company’s results in a very short period of time.

Mrs. Cheminand has been named the Chairwoman for the Circle of Women with St. Jude Children’s Research Hospital. She is also the Founder of the “Extraordinary Women Leading Change” Leadership Conference, where she leads a movement of inclusion that supports gender collaboration in the C-Suite and every other level of the command chain (in any company, organization or institution, private or governmental). She uses the EWLC platform to educate, inspire action and create effective results to leaders involved.

She has received the most prestigious award presented by PACE Center for Girls and the Leo Goodwin Foundation, the “Leo Goodwin Community Cares Award” for being an outstanding corporate Partner and Pace setter. She was nominated “Honorary Chairwoman” for the Annual Campaign believing in Girls, for Pace Center for Girls, she was also honored as a “Woman of Distinction” by the March of Dimes for her outstanding achievements both professionally and through her philanthropic endeavors which have made significant impact in our community.

Mrs. Cheminand has been featured in the “Who’s Who Women of Influence” by Lifestyle Magazine and Media Group, which highlighted the female leaders in South Florida.

Giselle Cheminand had supported numerous causes, and was selected as a Chairperson for Go Red for Women Broward and Dade Counties for the American Heart Association. As a member of the Executive Leadership Cabinet she was also an Ambassador for the Go Red for Women Campaign for many years.