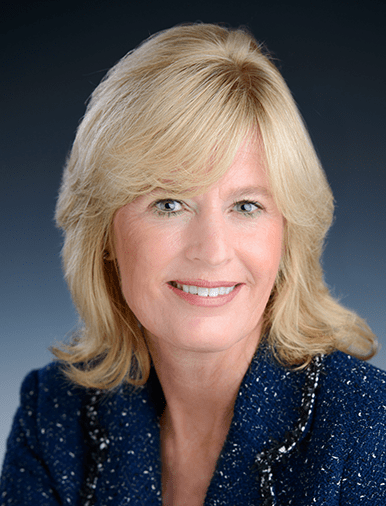 Pamela Rauch is Vice President of External Affairs and Economic Development for Florida Power & Light Company. She is responsible for all local government relations, community relations and economic development for FPL, the third largest electric utility in the United States.

Prior to her current role, Pam began her FPL career in 1999 as a Senior Attorney in the FPL Law Department, eventually becoming part of that leadership team as Associate General Counsel, managing the Real Estate, Land Use and Environmental Group.

In 2008, Ms. Rauch was named to her current role as Vice President, overseeing all local government and community involvement in the company’s 35 county service territory. In this role, Pam initiated FPL’s robust volunteer program which has grown to include 89,000 employee volunteer hours dedicated to our communities last year alone, including the creation of FPL’s Power to Care programming.

Pam also founded the award-winning FPL Office of Economic Development in 2011 which services the entire state of Florida and has won over 120 competitive projects and has created over 27,000 net new jobs for Florida.

During her tenure as Vice President, Pam led FPL Project Development and spearheaded development of new power generation, including part of the company’s modernization investment in natural gas combined cycle generation, and the addition of a natural gas pipeline to serve the state. She also played a critical role developing the corporate strategy to grow universal scale solar generation in Florida.

Prior to joining FPL, Pam served as Deputy City Attorney for the City of West Palm Beach, where she played a significant role in downtown redevelopment activities, including the development of City Place, which has re-shaped downtown West Palm Beach.

Pam earned a JD and graduated with honors from Florida State University College of Law, and earned her undergraduate degree from the University of North Carolina at Chapel Hill where she was a varsity athlete and captain of the women’s tennis team.

As a long-time resident of Palm Beach County and a life-long Florida resident, Pam has a strong commitment to the great state of Florida.